A look at trade disputes and their impact

In our recent client discussions, we have noticed many hold an optimistic view of the current market conditions. I am in agreement as I have never seen this level of strength in value and strength in purpose like this in my almost 30 years of working in the financial services industry.  Many of my clients are in the wave of growth that much of America is experiencing. Two different clients told me this week they are starting their own businesses. We discussed the aspects needed for a successful business such as dedication, hard work, but also honest and fair tactics. It is also the basis of how our financial planning practice runs as well as many businesses across America. 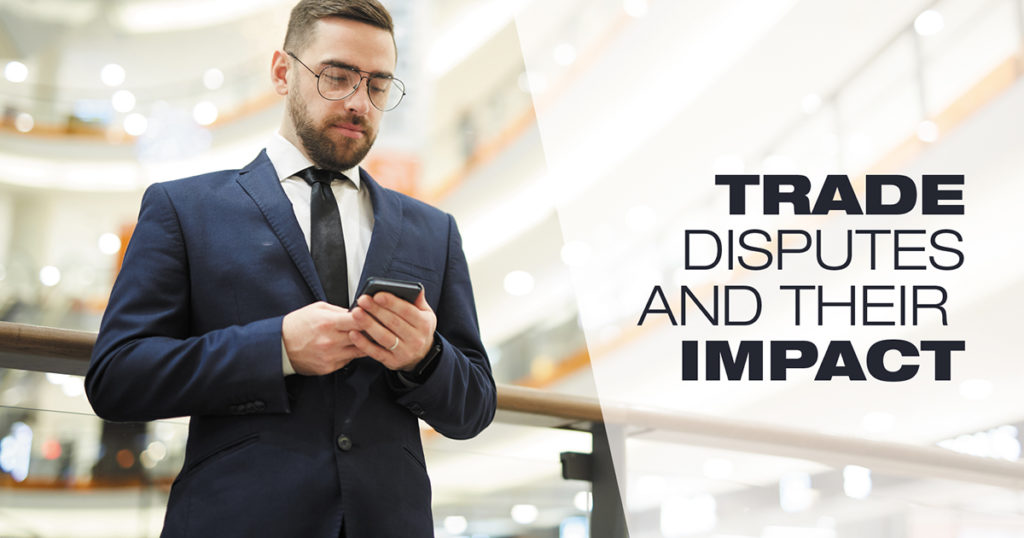 We are in a trade war with China, we have disputes with other countries, and then simple renegotiations with others. The common thread, of course, being that we as a country have taken issue with being treated dishonestly in commerce and have done something about it. You may agree with this approach or not, but that is what is happening. When you and I as consumers get treated badly by a business, we stop doing business with them or might leave them a bad review. We as consumers demand the best service and products. Why would we as a nation not demand that we get a fair deal with other nations? Are we to watch other nations cheat and steal as we limp along? No, that is over.

I must admit the media is doing their very best to inflame people against one another and generate fear about demanding that we stop getting taken advantage of by other nations. But that is oftentimes the media’s approach to create a captivating story after all.

When we take a look at own history, the American Revolution was ultimately a trade war. We were getting slammed with a variety of taxes that really reached into the American colonist’s pocket and for some, their very survival. After much debate and some lethal protests, many of the taxes were removed, but not all. So, we had a tea party in Boston Harbor and the rest of that story is still being made. Our independence was sparked from a trade dispute and our U.S. presidents have continued to deal with these types of disagreements throughout the decades.

Countries have trade disputes all the time. As a veteran of The Iraq War, I promise you that trade wars beat real ones, hands down. A chess match is better than a gunfight. The one thing that is consistent about both types of wars is that they eventually end. Trade disputes are a normal part of our global economy and will continue to be part of our future. I believe this trade war will ultimately end in a positive fashion for the United States and we will continue in our tradition of hard work and dedication we are known for.

If you’d like to make an appointment to go over your options or answer questions, we’re happy to help.

The views and opinions expressed herein are those of Robert Restino and may or may not represent the views of Lincoln Investment.  The material presented is provided for informational purposes only. Nothing contained herein should be construed as a recommendation to buy or sell any securities. As with all investments, past performance is no guarantee of future results. No person or system can predict the market. All investments are subject to risk, including the risk of principal loss.